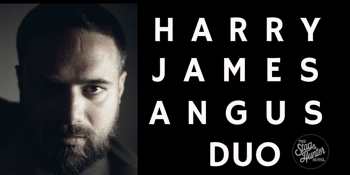 Silence is a powerful thing for a musician. For one as prolific and restless as Harry James Angus, a whole year of emptiness can change the game in strange ways.

"The home-time COVID imposed on me was at first very disturbing, because like a lot of people, it was the ruination of all my plans," he says. "But then something really good happened. Without that crazy cycle of making music and launching it and doing gigs and tours and festivals and all that strategic career stuff… all that was left was me and my creativity."

For the first time in 20 years, since he hitched his trumpet to a promising jazz party band called the Cat Empire in his hometown of Melbourne, "I remembered what it felt like when creativity is just a game," he says. "It's like playtime. You make music not because you've got a plan, but because it's fun."

Followers is the first taste of where that playtime might be leading. A serpentine sideways dance of drums, piano and trumpet with echo-chamber call-and-response vocals, it's a song about social media's churning kaleidoscope of second-hand views. "Original thought and opinions are harder to come by," Harry observes. "It's harder to arrive at the truth."

To celebrate the release Harry will be playing shows right across the east coast and further afield.